It is time again.
April is full of joy and full of sorrow.

Every year I write this letter to her and let her presence consume me.

The letter is not a work of art. It is not a poem. It is not a literary masterpiece. It is just a letter.
A letter I would write to my friend if she had move to the mountains and decided to live inside of a tree forever, allowing me to send her one letter every year.

Each year it is almost the same ... it alters with the changes in my life. Making me aware of how much I have.
Making me appreciate the gift of life. That gift she no longer possess.

This day I take her with me in my head to my favorite places and I read my letter to her.
I drink with her and listen to her favorite songs.
Then I try to remember her laughter. And when I do, I smile again, and let her go.

I hope, all of you out there, who knew her, or were once her friend, her family, her lover ... are thinking of her today and are celebrating the beautiful creature Evi was!
Let us drink to her name!
Because as long as there are people who remember … people never die …

I add the video I made for her some time ago. One might find it corny but it's all I got and it's full of my love for her.
Playing the song that will always remind me of her. Till the day I die.


My letter this year:


Since you've been gone, I've started my life all over from zero four times!

Since you’ve been gone, I moved in with that boyfriend, learnt another language and rode a water-coaster.
It was scary.

Since you’ve been gone, I got engaged once. I got betrayed thrice. I got let down and brokenhearted ... numerous times.
I thought I'd die.
I didn't.
Moved out. Moved ahead. Moved on.

Since you’ve been gone, I've written about 7 to 8 thousand verses.
Some about you.

Since you’ve been gone, I learnt how to swim, walked on frozen lakes, pet a spider, touched a bumblebee, started drinking my coffee black, saw dinosaur bones, tasted peanut butter, saw the skeleton of a blue whale, laughed with all my heart  twice, brought a stranger home, traveled to Lapland, stepped beyond the Polar circle, seen the Norwegian fjords, got a reindeer ride with a Sami shaman.

Since you've been gone, I've changed my hair from raven black to blood red.
I've been riding a bicycle now and then. I've quit smoking and started running. I've met my brother thrice. I started playing the violin again. And quit … again.

Since you’ve been gone,I have walked many miles and talked to 11 strangers. I began enjoying the sunlight and warm afternoons. I started drinking red wine and expensive beer. (who knew?) I met a girl from Bulgaria who makes me think of all the things you've told me. And I smile.

Since you’ve been gone, I learnt how to cook, bake apple-pies, knit,  tend a garden, and I am still collecting rocks. You used to laugh at that.

Since you’ve been gone, I have fallen in love thrice and have lied to you once.

Since you've been gone I've been making a great effort not to give up my hobbies.
You know how I lose interest if I have to do only one thing at a time.
And I don't think I can run all the while taking care of a cactus, knitting a scarf, taking pictures, polishing a rock and tasting a beer ...
Running drunk with a cactus and a set of knitting needles in one hand and with a rock and a camera in the other … sounds a lot like a nightmare.

Photography though is still my constant. And it reminds me a lot of you. Your pictures. Your dark room. And I have the need to show you ... and sometimes I do.

Since you've been gone, I've become more of a day person and gave up coke. (well, the large amounts anyway) I went to school again, I've had two jobs. The second one I loved. Till I hated it.
I've quit the idea of learning Spanish. I saw no point to it anymore. I never danced like that night again. I never saw Manu again.

Since you've been gone, I've met P. twice. The one time we drunk to your name a whole afternoon, I then got on her bike and she drove me home drunk.

Since you've been gone, I became more compassionate with my father. Till I lost him too to cancer ... He died in my arms.

Since you've been gone I have fallen into deep depression thrice.
I have been sad and have been happy.
I have given up on "forever", but I'm still here.

Since you've been gone my mother had 4 manic episodes. I wanted to study psychiatry but I grew weary of it after 4 books about the brain functions in 3 different languages.
It took a bit of the magic away. Everything we say or do is so ... chemical, so primal.

Since you've been gone, I came back twice;
Once to bring my mother home, to live near me.
She is now living here in Stockholm in her own flat with her tuxedo cat.
The second time it was to bring my father home... to die near us ...
He is now buried in the same cemetery Greta Garbo is resting.
I guess he would be pleased to know.

I pass that cemetery almost twice a week. But since his death I've been there only 6 times. The one time was the funeral. The last time it was Halloween ...

Since you’ve been gone, two things have become very clear to me;
One: I can never have a friend like you ever again.
And two: One don't get to be family with another just because they share blood. You just have to "earn" this title, this privilege!

Since you've been gone, I've had that star T-shirt on 9 times.
It always reminds me of you ... and that "sandalwood day"!
That day we stayed up all night ... Ah that day ...
When, the night turned into morning ... into afternoon ... into evening and into night again.
With no sleep and no food. With lots of coffee and cigarettes...
I haven't had a day like that with anyone... Anyone!
That day ... the day you told me everything.
The day I slept on your bed.
I remember looking at your pointy leather boots placed nicely by the mirror.
The mirror reflecting your room, your makeup case, your trinkets and beautiful belts.
I remember your black fluffy dress in the corridor ...
How I'd love to see you in it...

Since you've been gone, I think have seen your face on the street, in movies, in my dreams, so many times, even if I wanted to I couldn't forget it.

Since you've been gone, I have been less and more.
And can’t forget to remember your voice.

Since you've been gone I haven't seen Siouxsie. Not once.
And I still haven't watched the Mylene DVDs you gave me a year before you were gone.
It makes me feel that I would have to let you know if I liked them or not and ... you won't be around to tell you.
I remember you told me : "Watch them. Don't forget them in some drawer or throw them away..."
Now I don't know where I've put them.

Since you've been gone, I've seen the little mermaid in Denmark, I bought alcohol in Finland, "lost my heart" in Norway and travel in vast distances in Northern Sweden.

Since you've been gone, I have recorded 6 songs, saw a wolverine, got a violin, got a ukulele and bought a guitar. I saw farm animals up close, met 9 cats and 4 dogs. I don't own any. Although I'm in love with one of them.

Since you've been gone, I have become more compassionate, yet less tolerant.

Since you've been gone, I have finally become a woman. But I will always be a child.


Since you've been gone, I have missed you like no other ...  perhaps my father.

Since you've been gone, I have been talking to you … often...

Since you've been gone, it has been 11 whole years.
It feels a lifetime ... yet it feels like yesterday ...

Since you've been gone, I've wished so many times that I could ask you:

"My friend, what have you been doing … since I've been gone?"

Yours truly and for always, 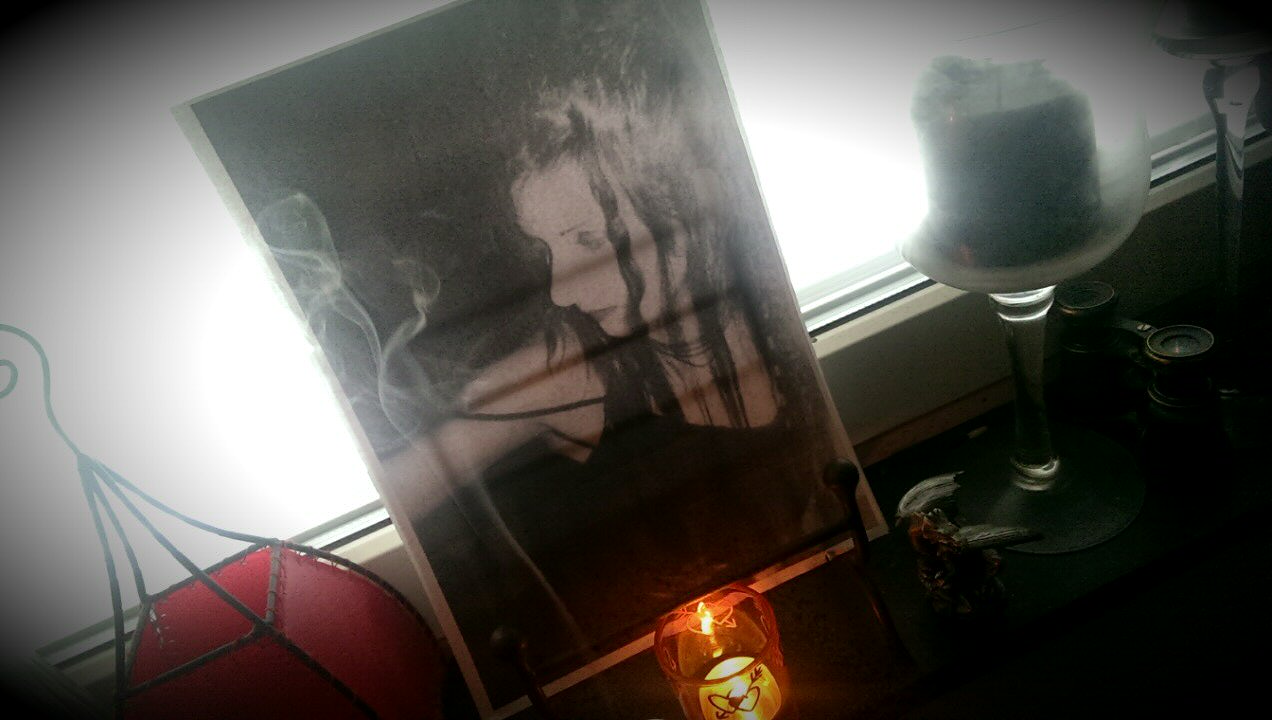