Going back to school

8 years ago I claimed to be a Goth Gardener.
I discovered I had a crazy green thumb and I was obsesed with the idea to studdy botany and biology just for the hell of it.
Meanwhile ... Shit happened. Asshole-people happened. (assholes and shit usually go together ... true story)  Deaths happened (see the plural there?) Life got in the way (ironicaly), and so I have been holding that thought in the back of my head for ... yeah about 8 to 9 years now ...
But yesterday I had an epiphany ...
So today I applied for 2 different educations to 2 different schools.
ONE of them has GOT to fucking give!!!!!
I don't think I will know much until next week or the one after, but ... I had to say it out loud.
Or well ... write it out in public ;)

Now whether I will be accepted or not I do not know if my body can handle the practical part of the education.
One of the classess is Gardening and Landscaping around parks and Graveyards (oh yeah) which incudes, I am guessing, planting and digging big heavy stuff. But you see my neck is "broken", so physical work is not optimal for my broken lil body.
But one never knows until one tries.
We shall see.

And by the way.... 9 years later not much has changed ... My cacti is still alive. Most of them at least. :) And I still wear the same t-shirt :p The stripy cati whisperer 😊 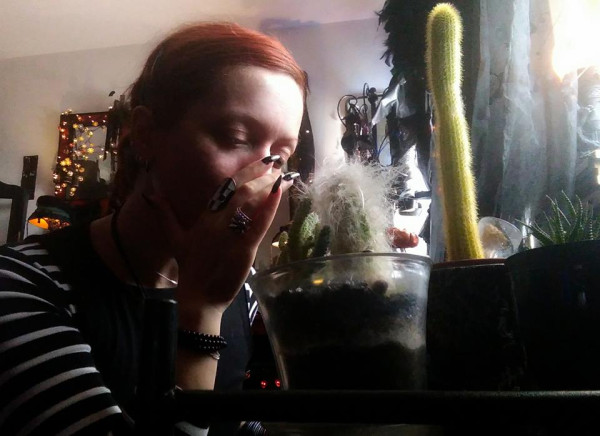