How handsome was great grandpa

So my sister and I are working on our family tree.
We are going through archives and pictures and trying to dig up our routes.
Since Greece has always been plagued by numerous wars, invasions, dictatorships, civil war, and the blood thirsty turks. And all that in modern history only. It's tough to find information let alone pictures.
My grandparents' generation only, have been through the end of the War of Independence fighting the Ottoman Empire, the Balkan wars, two world wars, civil war, and dictatorship. In ONE lifetime.
This here is my great grandfather Mihail who brought in life my grandfather Theodoros, who in his turn brought in life five children and amongst them my mother.
He must be there in his early thirties.
Greece was freshly free from the turks and the memories of their monstrosities were now a nightmare left behind as one after the other regions cities and small towns were being liberated.
The world seemed bright.
Freedom after 400 years must have felt extraordinary.
Alas, poor Mihail!
If he only knew, the second act of the Shitshow was just around the corner and the first world war was only a sneeze away.
I am carrying this man's DNA and I can't stop feeling ridiculous when I complain for trivialities.
When people feel offended and bothered by immigrants or feel that refugees are messing up their beautiful streets and taking their jobs and preposterous notions like these. I feel only disgust.
Some nations never seen war. Never felt injustice. Never been a part of a country repeatedly attacked robbed and humiliated.
So like a spoiled child they go about complaining that they want MORE!
We will all die and be forgotten. As soon as our last selfie will be deleted and dissappear into nothing.
We will leave behind nothing.
We are nothing.
There is no legacy. No afterlife.
There is also no moral lesson in this entry.
Do whatever the fuck you wanna do.
We are all a bunch of parasites anyway.
It's liberating if you think about it.
This put me in a good mood today.

And how handsome was great grandpa 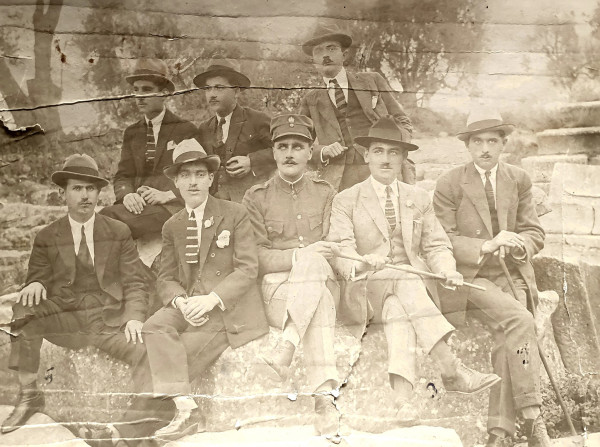 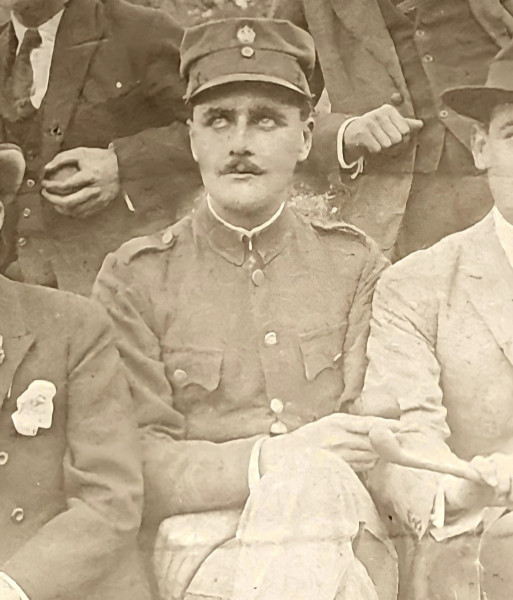